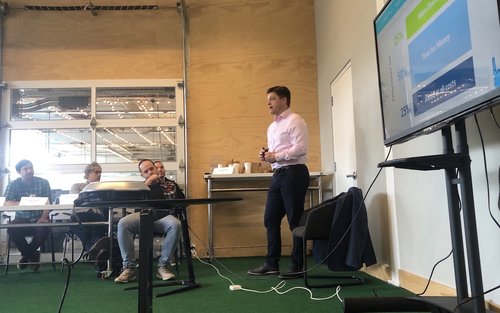 I began thinking about these questions last week when I met with a CEO interested in Junto who acknowledged he’s become comfortable running his business and doesn’t feel like he’s growing even though the company is. After leaving the meeting, I realized that almost everyone in Junto (a) who has told us how much they have grown, or (b) whose growth we have observed, has seemingly experienced discomfort during their journey.

Whether it’s members being asked questions they’ve never been asked, having hard conversations with co-founders and fellow executives, learning how much work it is to build systems and processes, or discovering how hard it is to become more emotionally intelligent, there’s discomfort.

Whether it’s mentors sharing experiences rather than giving advice, being asked to let others speak before they speak again, knowing that meetings start on time, or learning that many of their questions are not clarifying but rather probing, there’s discomfort.

The more I reflect on the idea that discomfort causes growth, the more I’m convinced of it (I admire those of you who have already figured this out; after all, I’m a late bloomer). Whether it’s learning a new language, trying new foods, following a new workout routine, or building a meditation practice, the cliché of “no pain, no gain” holds true.

It’s safe to say that, because growth is a core value of mine, I get immense joy from being around those who embrace it. It’s also safe to say that I struggle spending time with those who don’t seem to appreciate growth. In either case, however, it takes me some time to learn whether this is the case.

So now, I’m going to start asking people whom I meet for the first time an interesting question: tell me when and how you experience discomfort, and what is your attitude towards it?