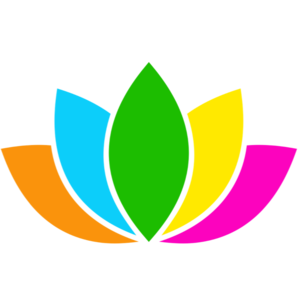 Like many companies, Junto has evolved into something unexpected. What began with an experiment is turning into so much more.

The hypothesis was that entrepreneurs and founders could become better leaders, and faster if (a) they became more emotionally intelligent, and (b) they learned how to run a company from people who had “been there, done that.” The experiment was our Apprenticeship Program.

Over 30 companies later, it seems like we’re on the right track. And along the way, two beautiful things began to unfold.

First, a community connected on its own.

They became friends, did business with one another, vacationed together, officiated one another’s weddings, and invited each other into their homes. Companies engaged with Mentors, not only as consultants but as C-level executives and advisory board members. Mentors and Alumni invested in Apprentice companies, and introductions were made beyond imagination.

Second, the community began to grow on its own and own its growth.

Founders brought team members to sessions and enrolled them in Forums. Mentors referred their friends as potential Mentors, and applied Junto’s protocols to their own companies. People brought their spouses and children to JuntoNight and the JuntoRetreat. Female CEOs talked about an outlet of their own and JuntoWomen was born. Mentors talked about deeper engagement opportunities and The Mentor Circle was born. And Alumni invented the verb “Junto-fy” to describe changes and growth they wanted to see in their teams.

As a result of this collective flourishing, I began to see Junto as a garden. In that garden are multiple species of flowers: blooming companies, Mentor Teams, informal groups of Tribe members, and so on. Fundamentally, those flowers consist of petals, without which any one blossom is not complete nor as full of beauty. In other words, all of you and your companies are the flowers and petals that make Junto this vibrant garden

And with that I’m delighted to reveal a new visual identity for The Junto Institute.

The logo (above) is an elegant reflection of our heritage, what we’ve evolved into, and what the future holds. It symbolizes the individuality of each person and the togetherness of a community. It captures the vivid kaleidoscope of our Emotion Wheel but with simplicity. And it communicates the spiritual nature of humanity’s growth, purity, and expansion that comes with increased self-awareness and lifelong learning.

Up to this point, that garden has mostly grown organically. But in recent months, we’ve been tilling the soil, seeking the right nutrients, and building an irrigation system so the garden itself can flourish into a self-sustaining ecosystem.

Over the next few months, we’ll share how that’s going to happen. In the meantime, I trust that you will continue to flourish, individually and together.