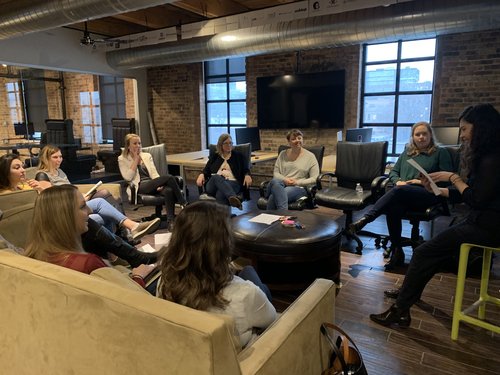 What We Can Learn from Ben Franklin’s 24 Questions

The two queries I get most often about The Junto Institute are where the idea came from and where the name came from.

The key figure in both of these stories is the founding father, Benjamin Franklin, who started a group in 1727 called the Junto (believed to be pronounced YOON’ tow while ours is pronounced HOON’ tow), for mutual improvement and philosophical debate. But beyond the name and part of his purpose, how he ran his group deeply influenced the approach that we took with ours.

One of the sources of influence was a list of 24 questions that Franklin and his colleagues often used for their weekly meetings. Here is that list.

There are many things we can take away from these questions. But there were three lessons in particular that most influenced our Junto.

The first was the obvious notion that questions spur better conversation, not mere topics. So we decided to use questions as the basis for most of the sessions we run. Sure, we may give a particular session a topic name but the actual conversation is stimulated by questions from the participants or our team.

The second was how Ben’s questions were framed to elicit someone’s experiences. As everyone in Junto knows, we avoid giving advice and instead encourage sharing experiences with one another.

The third key lesson we learned from Franklin’s list was the role that service played in his Junto. His group was only 12 people and yet many of the questions were about how that group could help one of its members. This deeply inspired me to bring a similar approach to our Junto, one that does whatever it can to help our many members and their companies.

So I’ll finish with what seems like some obvious questions: