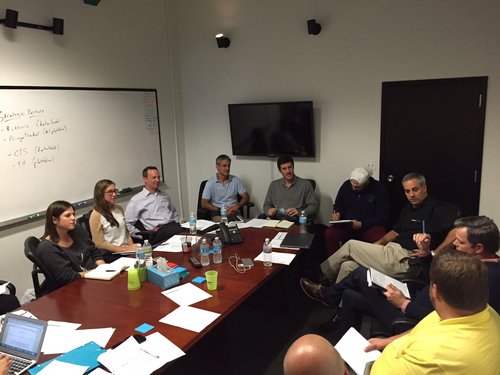 I had lunch last week with a startup founder named Brian, a young man I mentored during his college years at DePaul University in Chicago. He started two technology companies while in school, both of which had promising starts. However, neither one took off so he decided to work as a software engineer for a couple years in the midst of a hot tech market.

As a true entrepreneur, Brian eventually discovered another business opportunity which he worked on part-time with a co-founder. In 2013, he met an angel investor on the west coast who wanted to put money into the tech startup. The investor, who has experience in the industry, asked the two founders to move to California so he could help them build the business. Brian quit his software job and off they went.

Today, Brian’s company has nearly 50 employees, a leadership team of six, revenues in the high seven figures, and is about to close its Series B round of capital. He estimates the company will approach 100 people by this time next year.

After filling me in on their steep growth trajectory, Brian told me that he reads virtually all of the blog posts from The Junto Institute, finding much of the content relevant to his experiences and helpful in thinking through the challenges of growing a company.

He talked for a good 8-10 minutes, commenting on how how hard it is to build a fast-growing company and carry the accompanying weight on your shoulders: the anxiety, worry, long hours, sleeplessness, impatience, frustration. He effectively conveyed the gnawing sense that things can never go too fast or too well, and that yet things can crumble and collapse any day because they’re going too fast or too well.

Fortunately, Brian has a heightened level of self-awareness to (a) even know this; and (b) to do something about it. It’s why he took a few days off and got on a plane to Chicago to “just walk the city and play video games with friends.” He further impressed me by saying that he’s diligent about taking weekends off to spend time with his girlfriend and get to know the area around his new home.

Brian closed his soliloquy by looking me straight in the eyes and saying what so many founders know far too well and find themselves saying far too often: “You know, it’s lonely at the top.”

There’s a passive approach to dealing with loneliness and being an entrepreneur – reading books, thinking by yourself, joining an organization – and there’s the active approach: showing up to events, talking with others, and asking for help. The passive approach is easier and takes less time but it’s far less effective. The active approach, on the other hand, requires significant effort and a big time commitment, but the payoff is extraordinary.

The key is to find or build a peer group, not only of entrepreneurs and business owners who are experiencing the same things at the same time, but also those who have “been there, done that”. No one – and I really mean no one – can have true, genuine empathy for startup founders and entrepreneurs except their peers.

It can start with something as simple as a mentor or advisor who, by the way, doesn’t have to be someone older and/or with more experience; it can be a peer mentor. Good mentors and advisors are people who make us smarter and better every time we have a conversation with them because they force us to think. They’re willing to listen at length, talk openly about mistakes and failures, and share lessons learned. The more selective we are, the better the relationship and the better the outcome. Over time, finding 3-5 of these types of mentors can evolve into a peer group of sorts.

Having a peer group helps with the questions we have about improving the company culture, hiring the right people, knowing when to fire them, and how to delegate more. Talking with fellow entrepreneurs helps us stay focused, avoid “shiny object syndrome”, and reduce distractions. Being around those who are in our shoes helps us feel better about not knowing how to read financials, which employment laws apply to our company, or how to do strategic planning. And most importantly, such peers can help us breathe easier, walk us off the proverbial ledge, and just plain keep us relatively sane.

In other words, we have a business partner, sounding board, personal coach, psychologist, and MBA program all in one.

So where can we find these people? They’re probably listed in our phone and LinkedIn contacts right now. They’re members of entrepreneurial organizations that we, too, can probably join. They belong to angel networks that we may have pitched for funding. They’re there for us to find; we just have to put in the effort.

Even for those entrepreneurs who are fairly young or in communities that lack groups and organizations for growing companies, the simplest thing to do is exercise our entrepreneurial muscle. Take the initiative to organize a dinner, go out for drinks, form an invitation-only meetup, etc. Believe it or not, when we say “it’s lonely at the top”, it’s true for everyone so others will actually respond and show up.

In fact, that’s what I challenged Brian to do. He asked with amusement when we were going to bring Junto out west, to which I responded that if he found a few other companies in his area that are facing similar challenges, we would consider it. His amusement gave way to a serious look, embracing the idea as a possibility. Because while it always feels like it’s lonely at the top, it doesn’t have to be that way.