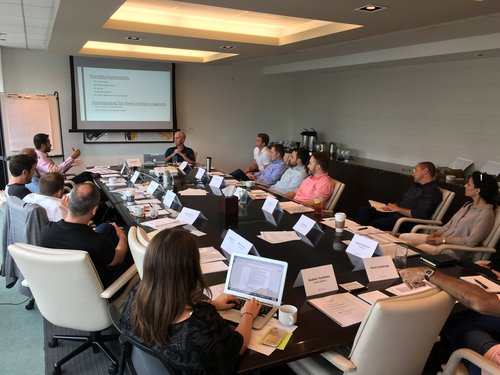 How Being Lovely Helps You Become a Better Leader

Last year, I read a book that deeply affected me: How Adam Smith Can Change Your Life: An Unexpected Guide to Human Nature and Happiness, by Russell Roberts. It’s a book about an economist by an economist but – as you can tell by the title – it has nothing to do with economics.

Many people call Adam Smith the forefather of capitalism because of the seminal book he published in 1776, The Wealth of Nations. But few people know that there was another side of Smith revealed in his first book, The Theory of Moral Sentiments, published in 1759.

That book uncovers the human side of Smith, in which he addresses more philosophical and esoteric topics such as morality, happiness, respect, and the meaning of life. Roberts was so moved by reading Moral Sentiments that he decided to write his own book about it, interpreting Smith’s points in the context of modern society.

And I was so moved by Roberts’ book that, in the past year-plus, I have bought 18 additional copies as gifts for others not to mention reading it several times, asking our team to read it, talking about it with whomever would listen, and being inspired to write this blog post.

What moved me so much was Roberts’ interpretation of the core message of Moral Sentiments:

The chief part of human happiness arises from the consciousness of being beloved. For Smith, being loved is a natural result of being lovely. When Smith says that we want to be lovely, he means worthy of being loved.

And by “worthy”, according to Roberts, Smith means having integrity, honesty, good principles, a good name, and a good reputation: virtues that most people aspire to achieving and practicing, and that are often mentioned as important elements of leadership.

Roberts continues, “When he says we want to be loved, he means paid attention to, liked, respected, honored. We want to matter. We want people to notice us, to think highly of us.”

So then, the natural question is, how do we become worthy of being loved by being lovely? Roberts tells us:

Smith has two answers for how to be lovely.

The first is a minimum standard, what Smith calls propriety…acting appropriately. And by appropriately, he means meeting the expectations of those around us – acting in the way that they expect and that allows them to interact with us in the way that we expect. When we conform to such expectations, we allow those around us to trust us. That trust allows us to share our emotions with each other at the right level of intensity for the different rings of intimacy we inhabit. That’s the beginning of loveliness, of earning the respect of those around us, along with self-respect. Propriety gains you the approval of those around you. But it is not admired or celebrated. For admiration and celebration, you need virtue [the second answer].

What exactly does Smith mean by virtue? Prudence, justice, and beneficence. For Smith, prudence means, in modern terms, taking care of yourself, justice means not hurting others, and beneficence means being good to others.

Never before would I have connected words like those – not to mention “lovely” and “loved” – to the idea of leadership. But the more I have read the passage above (dozens of times), the more convinced I am that it has everything to do with leadership.

So as someone who defines leadership as the ability to move people in the direction one wants to go, I’ve adopted the simple mantra of “Be Lovely” in my daily thoughts and meditations to help me – and those around me – become a better leader. And as an entrepreneur and a capitalist (not to mention an economics major), I take heart in a passage from an important part of Roberts’ book where he ties all these ideas together:

When you can trust the people you deal with – when you don’t have to fear that your trust will be exploited for someone else’s gain – life is lovelier and economic life is easier.