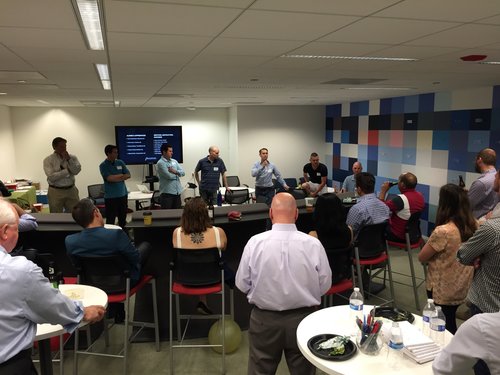 Why and How Emotional Intelligence Matters to Leadership

One question we often get is how and why emotional intelligence (EI) training is such an integral part of the Junto experience, especially for leaders. Before getting to the answer, let’s cover a couple definitions.

We believe that emotional intelligence is the ability to recognize and regulate the emotions in ourselves and others, and how to use that information to guide our actions and thinking. We also subscribe to the definition of leadership as the ability to move people in the direction one wants to go.

With that context in mind, there are two reasons our membership focuses on professional development and personal growth with EI as the foundation.

First, many studies have shown a direct link between emotional intelligence and leadership effectiveness. Because we couldn’t hypothesize how people could learn leadership, we believed that if they could learn how to become more emotionally intelligent, they could accelerate their effectiveness as leaders. After our first few years, at least with the sample of our members, all the data and anecdotal evidence was favorable.

Second, at a practical level, a leader’s primary job is to inform, influence, and inspire those around them. So if that leader wants to perform that job well and move people in the direction they are going, we believe they must be able to recognize and regulate the emotions in themselves and others, and know how to use that “data” to fulfill their primary job.

So those are the reasons why we have EI training as part of Junto. And how we do it is largely based on how adults learn.

First, we offer fundamentals training in emotional intelligence that is based on the science behind it. We integrate psychology, neuroscience, and conclusions from many studies on emotionally intelligent behaviors. Our intent here is to ensure that our members have a baseline understanding and common language of EI so they can have conversations with one another, their teams, and engage in self-study if they desire.

Second, we integrate over a dozen operational practices and standards in our training that help people learn emotionally intelligent behaviors simply by participating. Some examples are:

We know that, as humans, we learn most of our behaviors through role modeling, practice, and repetition. So as our members attend more and more of our sessions, and they’re asked to practice these behaviors, we hear how they begin to adopt and embody them in their own lives and workplaces.

Third, we use the same language over and over again, especially in our EI coaching and ongoing training. Some people call it repetitive or redundant but this is how adults learn. Our brains are no longer the proverbial sponges they were when were children, when we could remember something after hearing it once or twice. Therefore, we must repeat terminology, concepts, and our building blocks framework to help our members learn it well.

The truth is that the pillars of EI – self-awareness, self-management, social awareness, empathy, and relationship management – are ideas that aren’t discussed enough in the workplace, especially among members of an executive team in growth-stage companies, where things can move very fast. As it is, leadership teams rarely carve out enough time for them to talk as a group. And when they do, it’s often about priorities and challenges, their strategic plan, or an urgent matter requiring everyone’s input.

We believe that it’s vital they also have open, candid, and sincere conversations about themselves as human beings, and how they can improve the interaction in, and the culture of, the company. We also believe that their teams must have a shared understanding of these dynamics. And when all this starts to happen, those leaders are even more capable of moving their people in the direction they want to go.